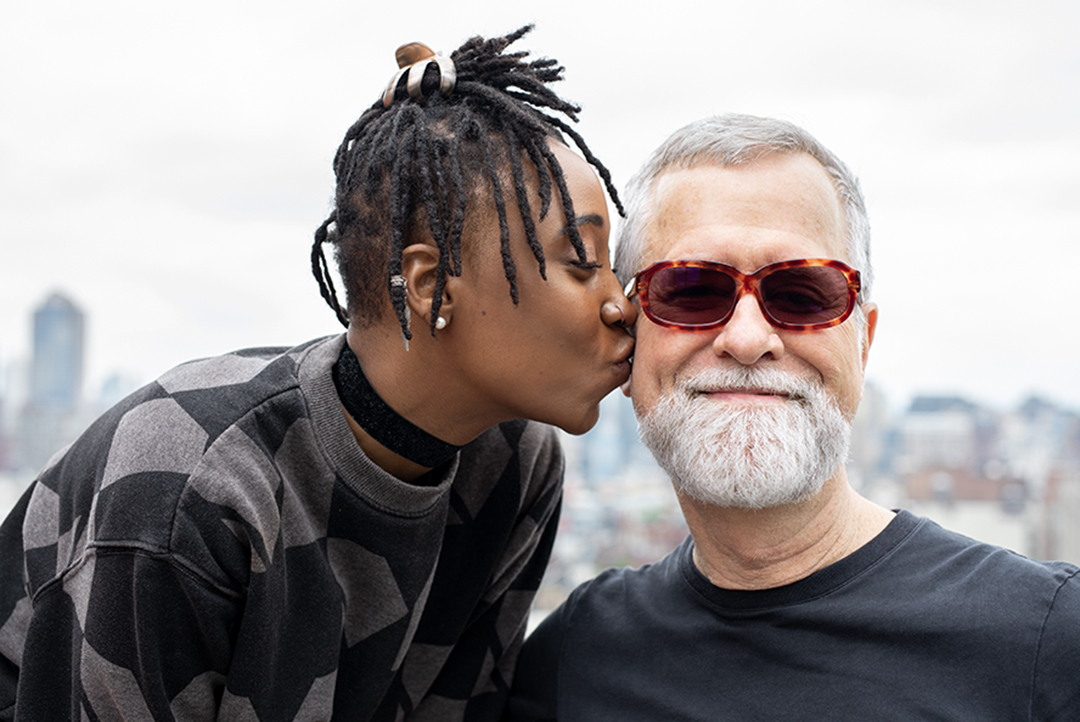 We gave our favourite American photographer, Tom Watson, a free hand in his home town of NYC. His signature photos? Snaps full of movement and cheerfulness (just like Fermob‘s universe!). We followed him in the rain to his favourite spots, holding a Luxembourg chair in his hand. Meeting real people: Fermobpeople, like you, snapped on the go… And it worked!

Hello Tom,
You usually photograph professional models, so what was this shoot in NYC like? What do you remember about it?

It was fantastic! Doing a street casting was a real challenge for me. I was terrified! And at the same time, it was exciting to enter someone’s world uninvited… Surprisingly, there was an immediate feeling of trust. Maybe because neither of us had any particular expectations? Maybe the models also sensed my own vulnerability and shyness? Whatever; something definitely happened during the brief time we spent together! 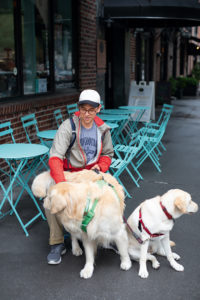 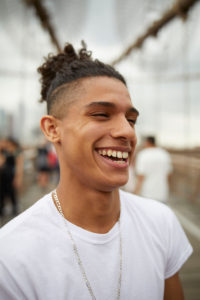 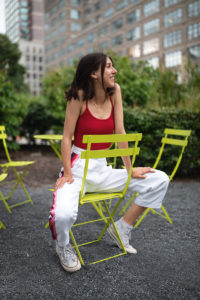 Is it the New York that you love that we can see in this photo shoot?

Yes, definitely 😉  For years I’ve been tirelessly shooting Chinatown at night and subway stations. These pictures look just like my everyday life! For the shoot, we strode through New York and put the Luxembourg chair in iconic places, such as the middle of the Brooklyn Bridge. Passers-by sat down, to have a rest or take selfies… Everyone was smiling, and then I realized that Luxembourg was a real magnet. For a whole minute it was as though time had stood still for these passers-by – attracted by this chair – and for us too! 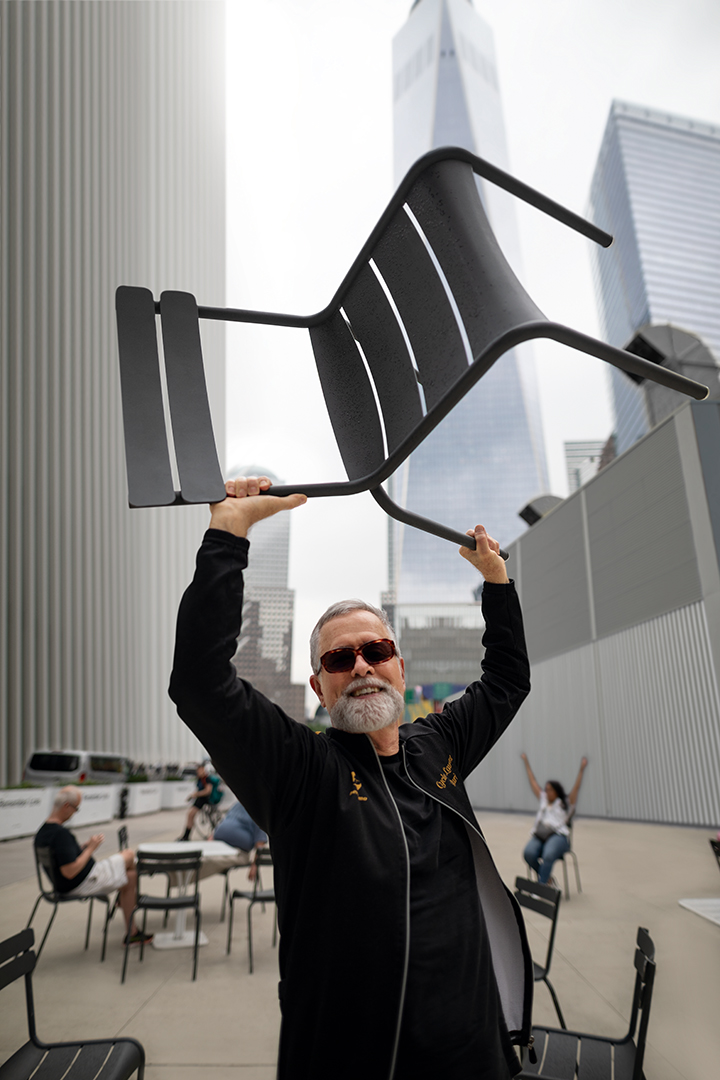 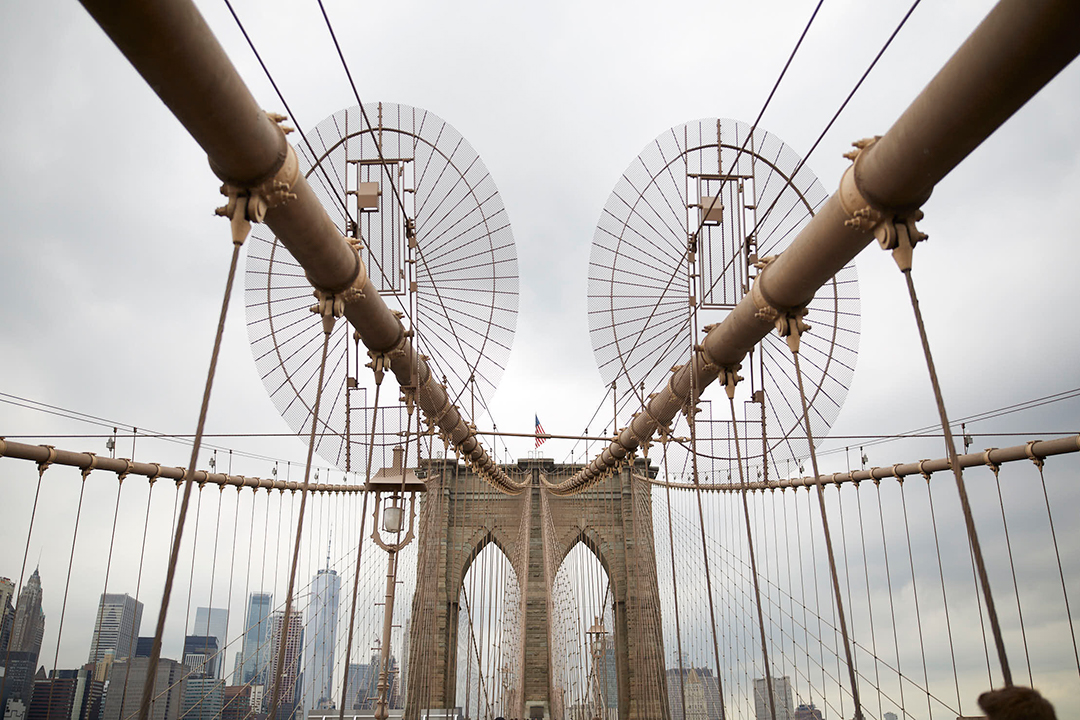 There’s a ferry sailing the East River from Wall Street to Astoria. Along the way, you can get off at several points along the Brooklyn and Queens waterfront. The terminus, Astoria, is close to the Noguchi Museum. It’s a real jewel, dedicated to the Japanese architect. You can also hop on a bike to ride along the East River from Williamsburg to Long Island City.

I walk around NYC a lot and when I get a bit peckish I stop at the Whole Foods Market: you can be sure there’ll be plenty of healthy food and variety. One of my favourites is in Union Square Park on 14th Street. From up there, the view of the surroundings is amazing! 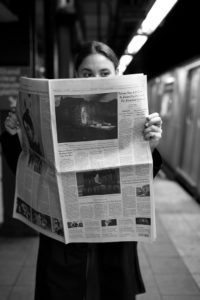 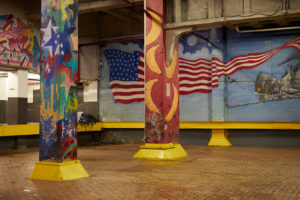 Are you more into portraits or landscapes?

Despite my shyness, I like to photograph people. And I like cityscapes. Especially at night.  What’s the most beautiful cityscape for me? No hesitation: Tokyo! 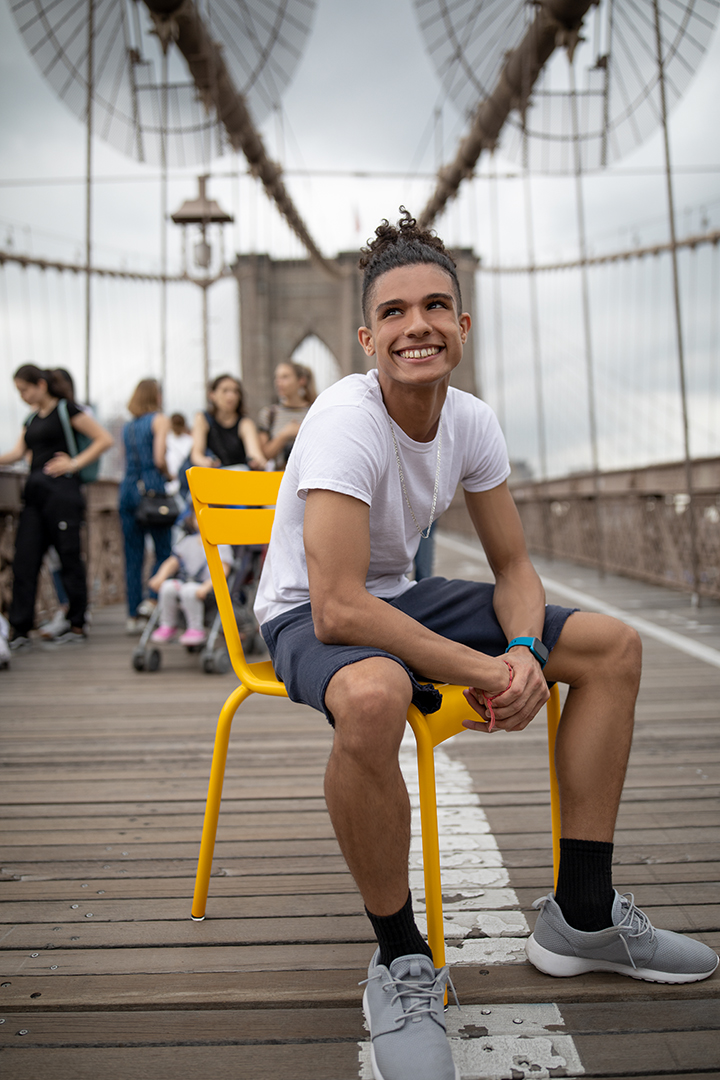 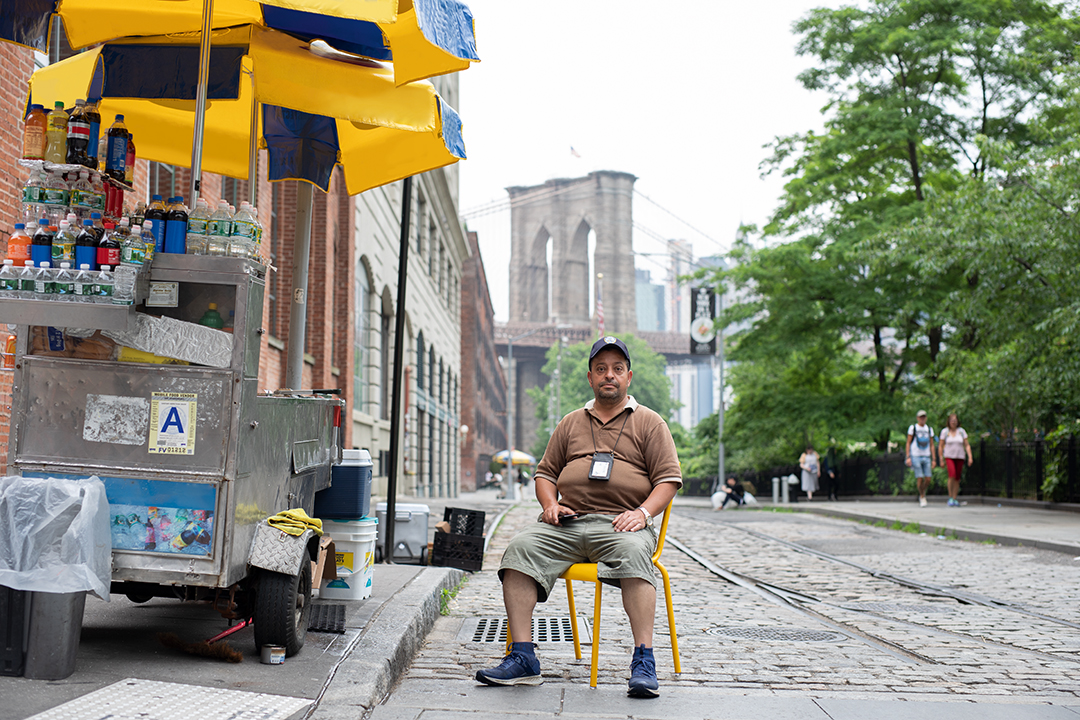 For a beginner photographer, what would you advise: take photos with your phone or get a camera? If so, which one?

Today’s smartphones are great recording tools. They are packed full of technologies and they give instant access to social networks. I always carry one with me! However, I find that a traditional camera is much better for anyone who wants to learn the basics of photography. When I’m not working on a professional project, I use the Panasonic Lumix LX 100. It gives me instant access to all the basic settings and is small enough to for me to take it everywhere. It’s reasonably priced and gives very respectable results.

When people ask me what I do for a living, I say that I’m a fashion and advertising photographer. Is that the truth? I’m a photographer: that’s enough! I mean, not just your average photographer… I have to tell you a very personal story. When I was six, I had an accident with a banger and lost side vision in my left eye. As a result, I can see exactly what a camera sees: I have monocular vision. I made it into a strength! Perhaps my success is partly due to that?

In Paris, apart from the Eiffel Tower (which you can see from your apartment), and which is an inexhaustible source of inspiration for you, what other places do you like to shoot?

The oldest districts of Paris inspire me. I also love Montmartre’s cobblestone streets and rooftops and the social mix to be found in Belleville. Paris is at its most beautiful at night. Not surprising that it’s called the “city of lights”! I like to discover the hidden beauty resulting from the random interplay between light and shadow, colour and form, past and present.

It’s difficult to make something new, something unusual, from such an over-photographed, iconic place, but I sometimes manage to do it 😉 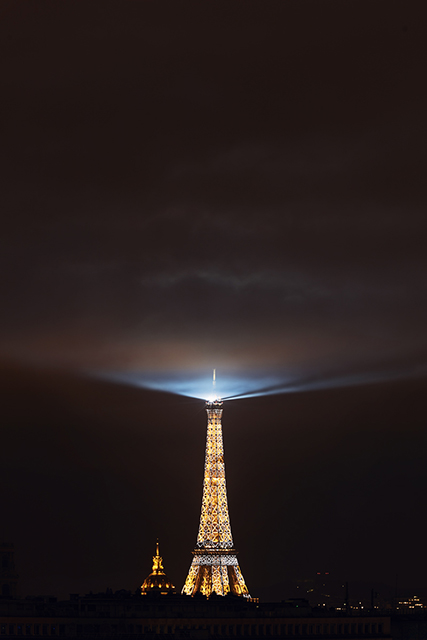 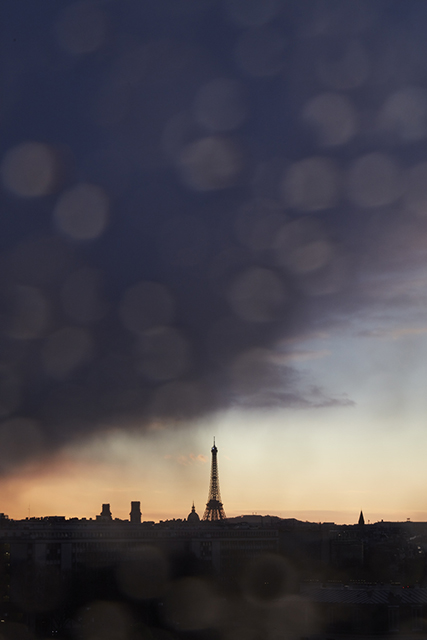 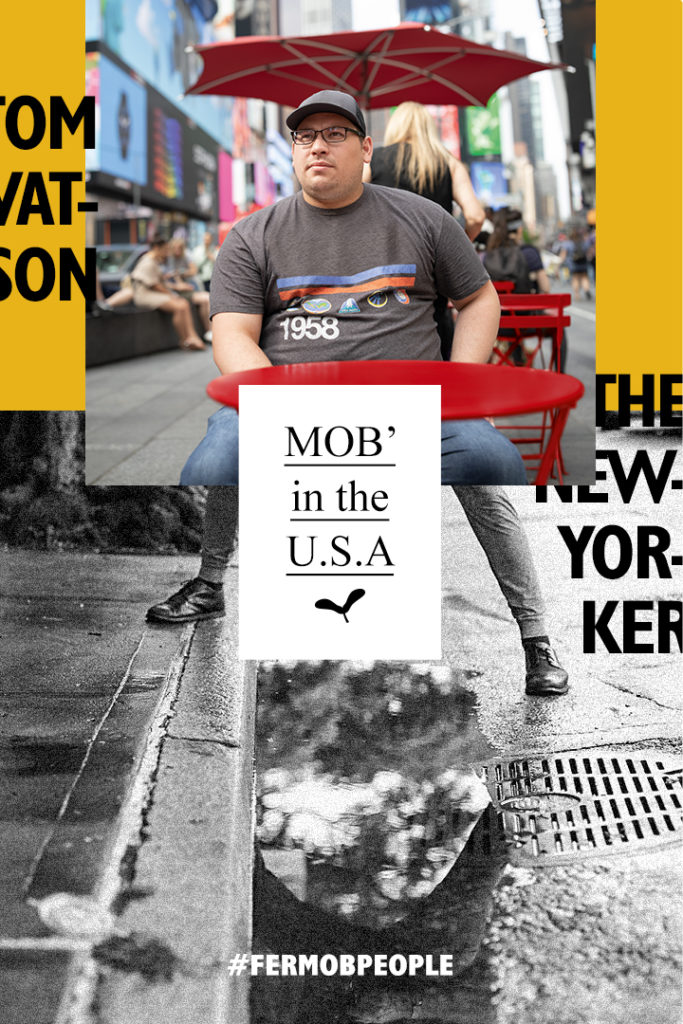 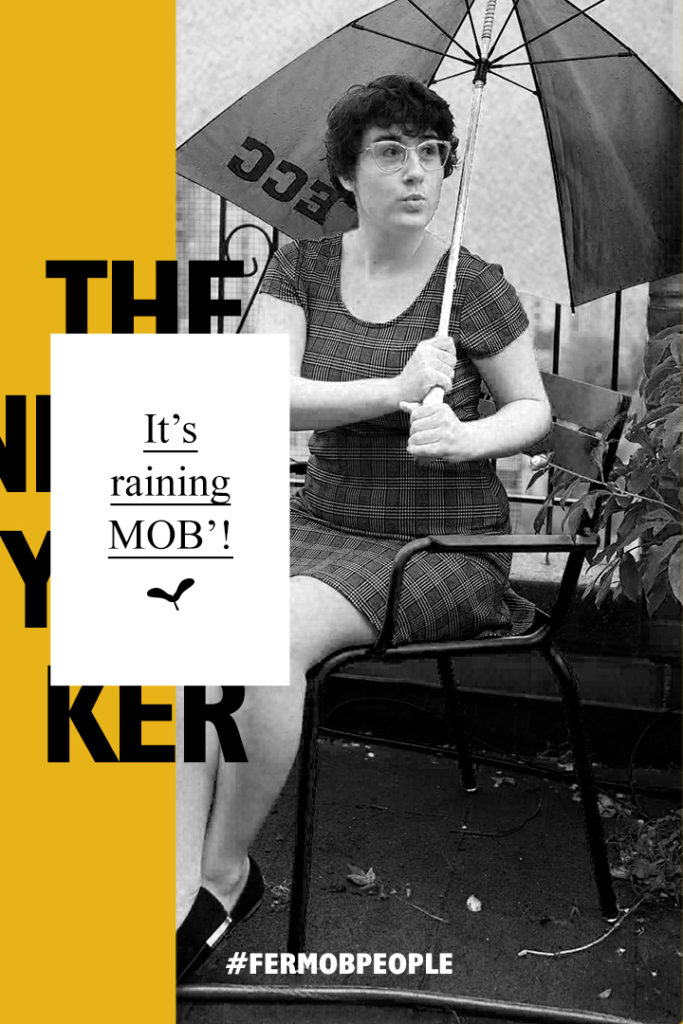 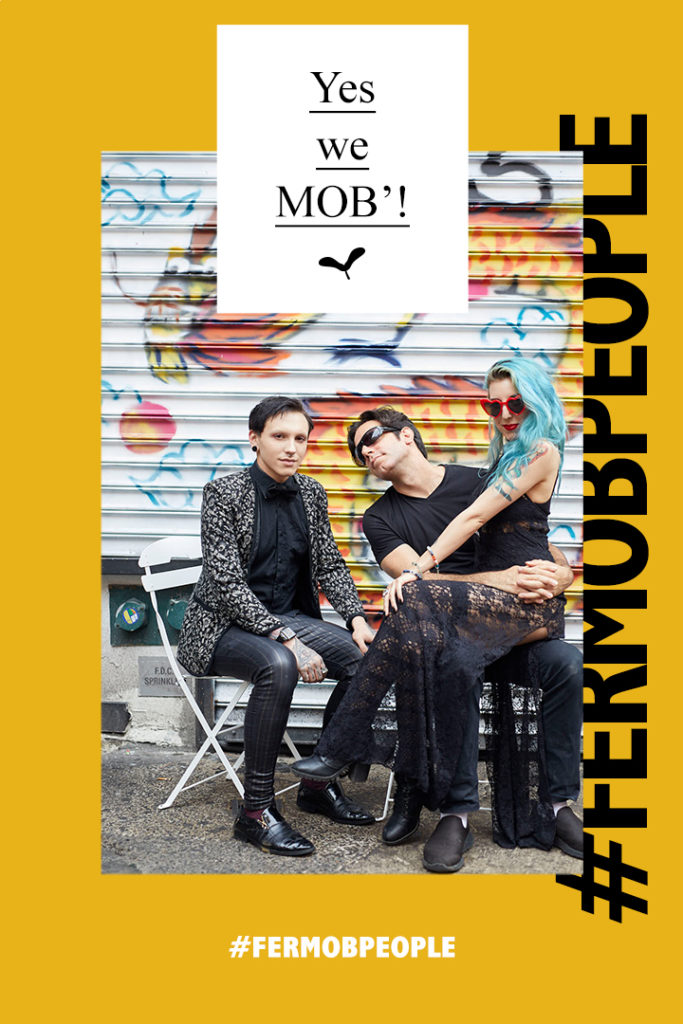