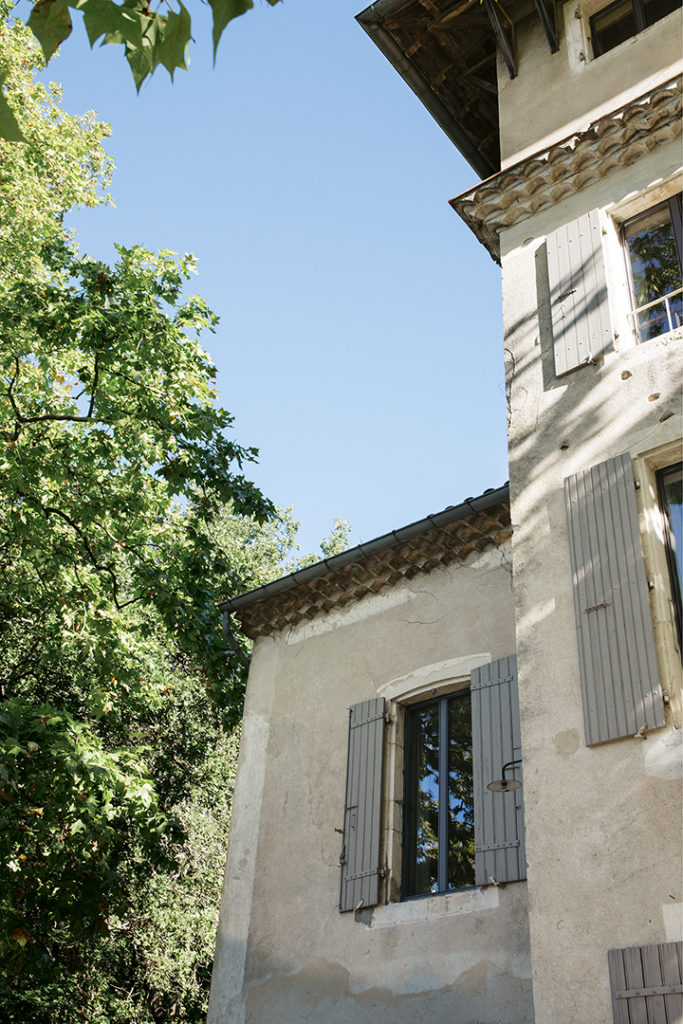 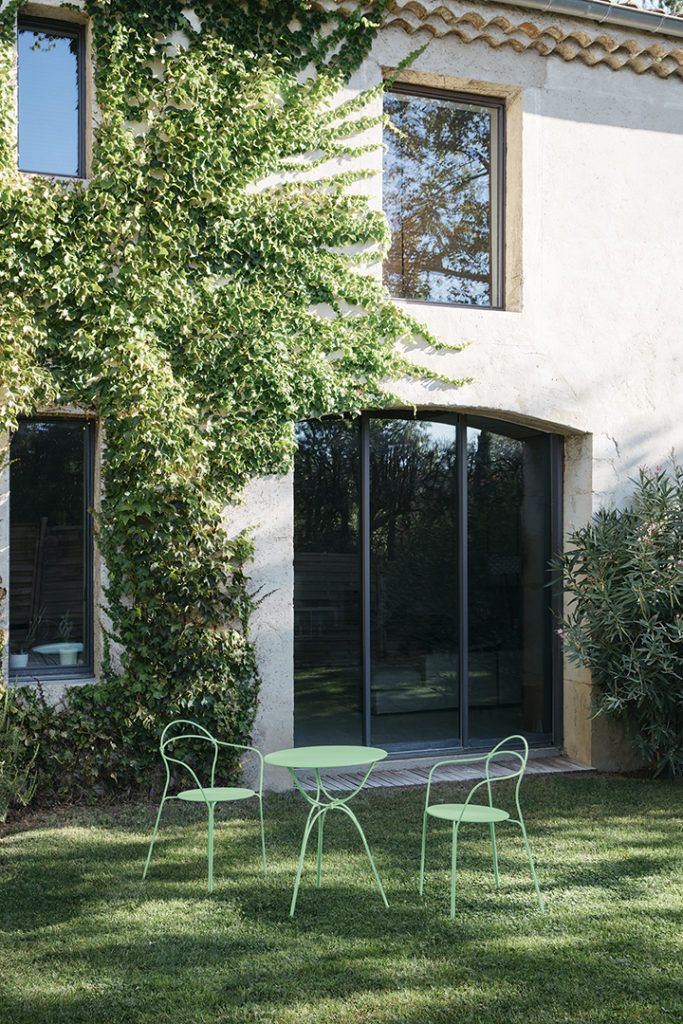 A secret life is a happy life…

Ideally one lived in the midst of a forest! On that front, the Brisset Estate ticks all the boxes, since it’s completely hidden from view, only appearing as you round the final corner. The Bertrand family invited us into their impressive home, a recent purchase, for the 2021 Album shoot.
And what a warm welcome we received from retired combat helicopter pilot Jean-Charles and emergency doctor Pascale, who met in the army, and their two children Pierre and Antoine, both 11 years old.
“The experience was fun from start to finish,” says J-C. 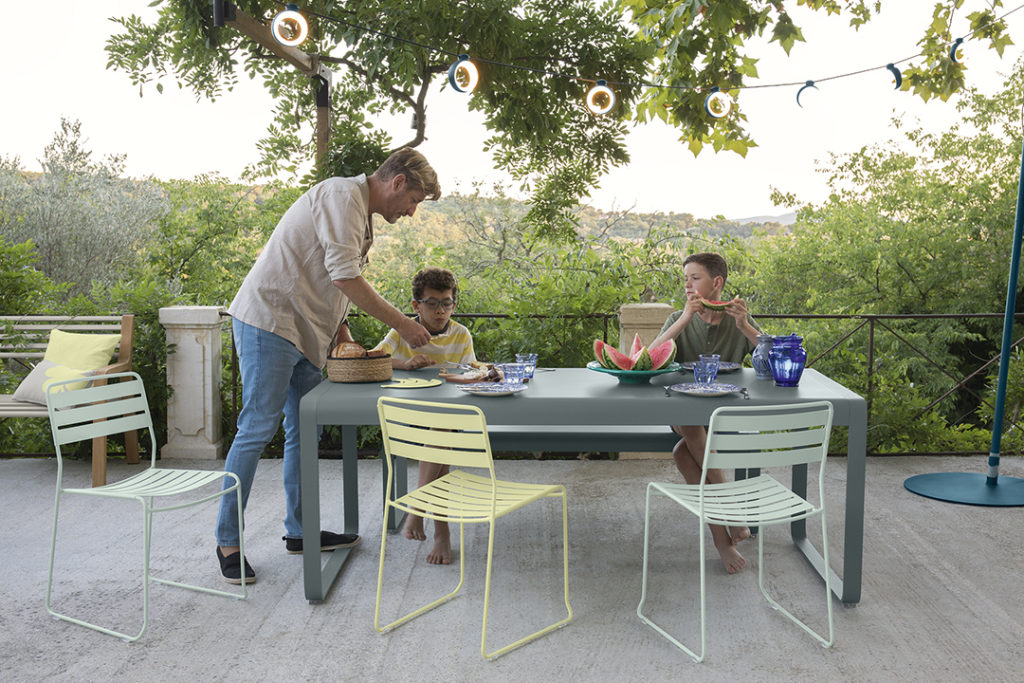 When you laid eyes on the Brisset Estate, it was love at first sight!

P : Absolutely! When Jean-Charles retired from his job as an army helicopter pilot in 2018, it was out chance to make the move we’d always dreamed of – to leave Alsace and head to sunnier climes. He spotted the house on the “Maisons Atypiques” website. It’s only 2 km from the centre of Montélimar, but it’s so peaceful it’s like living out in the countryside.

JC: I fell madly in love with the place the first time I set foot inside! 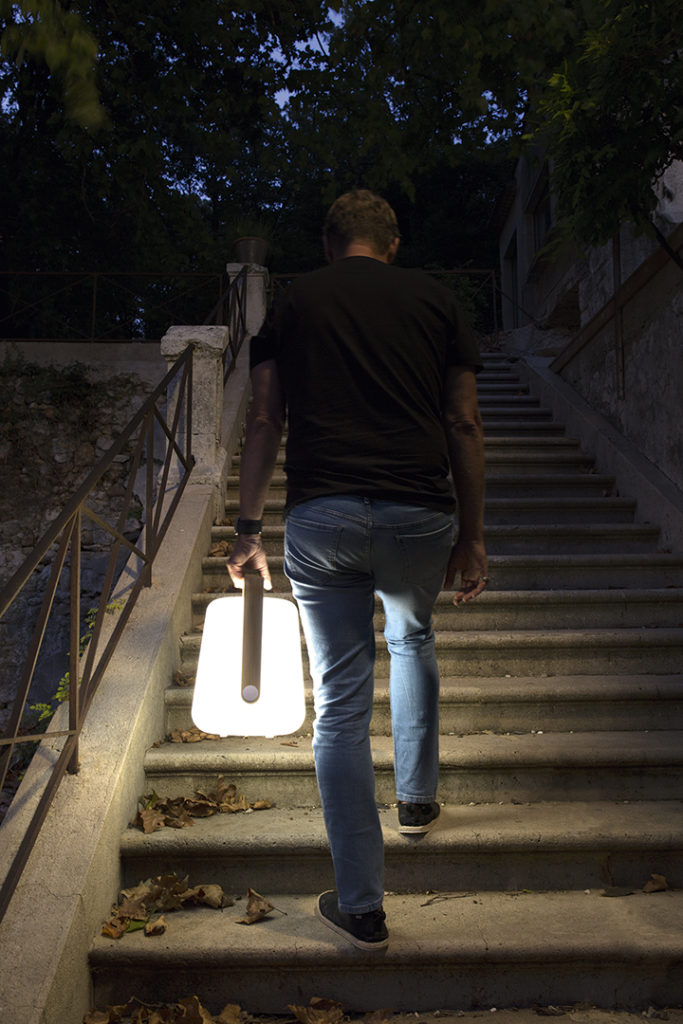 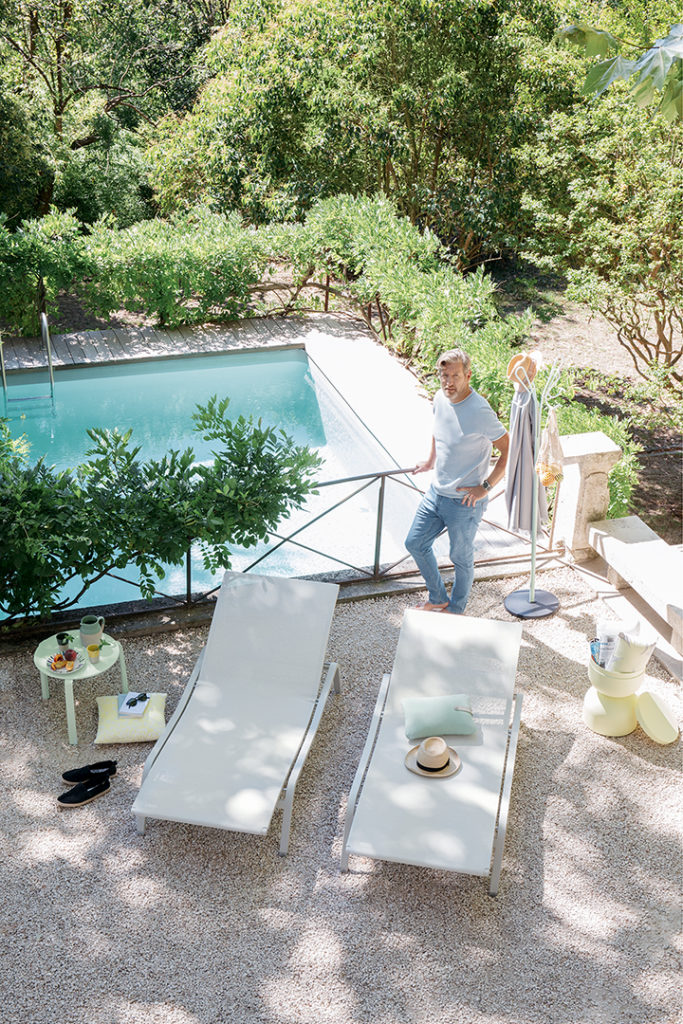 The house is known locally for its interesting past. Can you tell us more?

JC : When they were building the place back in the late 18th century, they had to dig into the hillside. The workers uncovered a vast Neolithic burial site measuring 100 by 30 metres. The chamber has since been converted into a wine cellar. It’s bigger than the Drôme Provençale and Vaucluse cellars! We access it from the lounge via a glazed door, so we can admire it all day long. During the Second World War, the house served as the headquarters of the Wehrmacht. You can still see the scars left by American bullets in the render. There’s also a Roman stone tablet in the grounds dating from 400 A.D. We’ve had historians come along to see it!

It’s the dream family home! The boys play in the forest. There’s a huge dormitory, a giant games room, and a pond with fish and frogs! 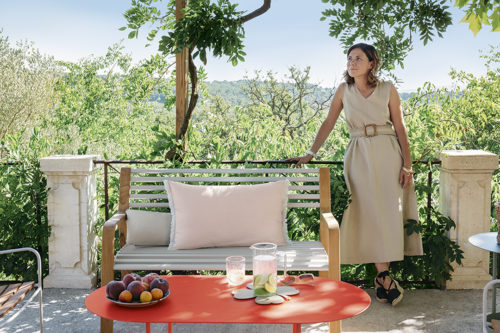 Describe this distinctive house for us!

The huge terrace overlooks the valley. When you stand there, you feel like you’re floating above the treetops. It’s a Provençal country house that was restored in the 1920s by a doctor from Lyon. It’s since passed through the hands of many families. The owners before us modernised the place. And I’ve spent the last 18 months doing my own renovations, including laying IPE decking around the spring-water pool, which used to be a fish pond. I’ve also kitted out the garage, which now houses my cars and motorbikes. I’ve always been a handy mechanic, and I love restoring vehicles to their former glory. My old Land Rover was definitely popular with the Fermob team!

Speaking of Fermob, you took part in the casting call for the 2021 Album. What prompted you to apply?

P : We picked up a copy of the Album last year from our favourite interior design store in Montélimar. I remarked, half-joking, that it sounded like a fun thing to do. Jean-Charles and the boys took me at my word and submitted an application along with some photos. The rest is history!

How did the shoot go?

The children couldn’t have been more excited. They thought they were going to be famous! The team spent four days with us. It was a great experience. It’s fascinating to see everything that goes on behind the camera. When you’re in front of the lens, you have no idea just how much work goes into one photo!

You love living around here. Can you share some of your favourite places with our Fermobpeople community?

It’s ideally situated, just 1 hour 30 from Lyon and 1 hour 40 from Marseille! There are some really pretty villages nearby, like Grignan, Saint-Restitut, La Garde-Adhémar and Suze-la-Rousse. And Montélimar is a tranquil provincial town. It’s a lovely place to live.

Le Clair de Plume: a boutique in Grignan – we love the pastries!
https://www.clairplume.com/en/content/57-boutique-in-the-village 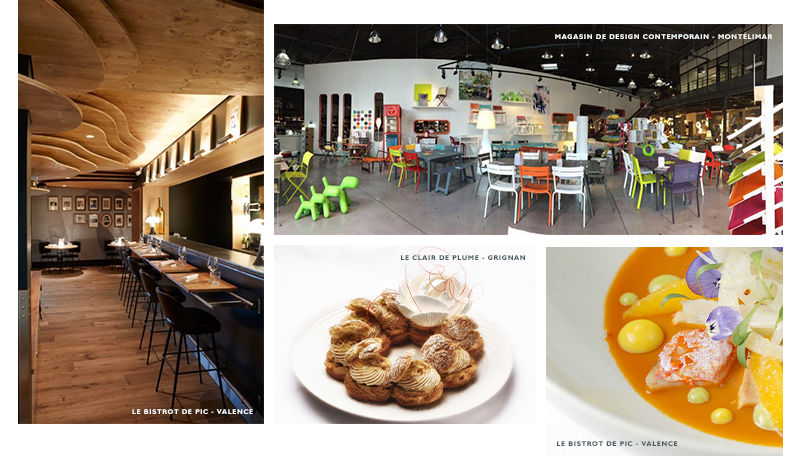